This ADOPTION CONTRACT is made and entered into between Mile High Canine Rescue, Inc. (herein referred to as MHCR), and Adopter. MHCR agrees to place for adoption, the above described canine (herein after referred to as “dog”) with the Adopter. NOW THEREFORE, the Adopter agrees to the following terms.

Adoption Fee
The Adopter agrees to pay the adoption fee outlined above.

Care Expectations
Adopter agrees the dog will be kept as an in-home companion. The dog will at all times have access to fresh water, climate controlled shelter, sanitary living conditions, and soft bedding. Adopter agrees the dog will receive daily quality food in accordance with manufacturer or vet recommendations, daily exercise, routine vet care, routine grooming, and emergent vet care when needed. Adopter agrees an adult dog will see a veterinarian annually for a well check exam. Dogs age 6 mo or younger will see a vet monthly until fully immunized and then will be on an annual routine, per the veterinarian recommendations.

Successful Adoption
MHCR reserves the right to perform follow-up home visits, as needed, to verify a successful placement and well-being of the dog. Adopter agrees to cooperate with MHCR’s requests including but not limited to release of veterinary records.

Repossession
Adopter understands that in the event he/she does not comply with the terms of this Adoption Contract, is found to have falsified any information during the application and adoption process, or has abused or neglected the dog, MHCR may, at its sole discretion, take possession of the dog and regain ownership of the dog. Should Adopter fail to return dog to MHCR, MHCR may seek a Court Order from a court of competent jurisdiction for the return of said dog and $1000 in liquidated damages and any and all expenses incurred by MHCR including but not limited to court costs and legal fees.

Illegal Use
Adopter agrees he/she will not use, nor will he/she allow the dog to be used, for any illegal purposes, rituals, racing, fighting, or experimental purposes. Adopter agrees the dog will not be attack or protection trained and will not be used for guard work in any commercial endeavor.

Claim of Ownership
Adopter understands and agrees that in the rare case the dog above was NOT voluntarily surrendered to MHCR or was NOT obtained from a governmentally operated or sanctioned entity which is empowered by law to transfer dog free and clear of any claim of ownership, that MHCR cannot guarantee that it has free and clear title to such dog and that no claim of ownership will ever be made against such dog.

Claim of Ownership – Part 2
In the event a Claim of Ownership is made against the dog and the adopter returns such dog voluntarily or pursuant to a Court Order, the fee specified above shall be refunded. In no event shall MHCR be liable for any costs of any nature whatsoever incurred beyond such fee.

Records
Adopter acknowledges that they have received the dog’s medical records and behavior disclosure as well as a copy of PACFA’s Rabies Information Brochure (available on our website).

Behavior
MHCR has provided behavior information for the dog that was observed while it was in MHCR’s care or disclosed to MHCR prior to this adoption. Adopter acknowledges said dog is a living creature and its behavior can change without prediction for any number of reasons and that MHCR cannot be held responsible for such behavioral changes. Adopter agrees to avoid stressful situations for the dog until the dog has acclimated to their new home. Adopter assumes full responsibility for the conduct of the dog as well as any damages to any persons or property effective the date of this adoption contract.

Health at Time of Adoption
MHCR strives to deliver healthy dogs at the time of adoption. That being said, it’s possible the dog was exposed to kennel cough, parasites, or other illness, which may be transmissible to humans, prior to adoption without showing symptoms yet. Adopter agrees to contact MHCR within 7 days of adoption should the dog come down with an illness. If the Adopter seeks vet care outside of approval from MHCR, Adopter understands they are doing so at their own cost and shall not hold MHCR liable for costs incurred.

Ongoing Health & Behavior
MHCR makes no implicit or explicit guarantees in reference to the dog’s health, behavior, and/or training. The dog is adopted ‘as is’ and the Adopter assumes all risk and responsibility (financial or otherwise) for any illness, injury, behavior issue with adopted dog, whether known or unknown at the time of adoption. Adopter agrees to not alter the appearance of the dog for cosmetic purposes. This includes but is not limited to ear cropping, tail docking, or declawing without a documented medical reason substantiated by a veterinarian in writing.

Heartworm Disclosure
Adopter understands the dog they are adopting may be from an area with a high occurrence of heartworm disease. MHCR tests all dogs for heartworms and despite being negative at time of adoption, a dog may still test positive within 6 months of being originally tested. Adopter agrees to regularly administer heartworm preventative and contact MHCR should dog test positive for heartworms within 6 months of adoption. If within this time frame, MHCR will cover cost of treatment (at a MHCR approved veterinarian and with a MHCR approved protocol).

Return or Surrender of Dog
Adopter agrees to contact MHCR in the event they need to rehome, surrender, or otherwise give away the dog being adopted herein. Adopter agrees they will, at the request of MHCR, return dog to a designated location specified by MHCR at Adopter’s own expense. Adopter understands MHCR is a foster-based organization and may not have an immediate place for the dog to go. Adopter understands MHCR will accommodate the return request as quickly as possible.

Jurisdiction
This Adoption Contract shall be governed by the laws of the state of Colorado.

Release Statement
Adopter agrees to forever release, discharge, indemnify and hold harmless Mile High Canine Rescue, Inc. or any of it’s board members, directors, representatives, volunteers, successors, and assigns from any and all claims, damages, costs, expenses, loss of services, actions and causes of action arising out of bodily injuries, mental anguish, health or property damage or any occurrence from the present time on, caused by the adoption of the dog provided for in this Adoption Contract. This includes any and all loss, damage, fees and expenses (including legal or medical) by reason of liability imposed by law upon MHCR or any of it’s board members, officers, representatives, volunteers, successors, and assigns because of bodily injuries, health complications, or death to any person(s) or animal(s) including the adoptive owners, or any damage to property arising out of or in consequence of the adoption of this dog, howsoever such injuries, death, or damage to property may have been caused, whether or not the same may have been caused by, or may be alleged to have been caused by, negligence of MHCR, it’s board members, officers, representatives, volunteers, successors, and assigns.

This Adoption Contract contains the entire understanding between the parties in regard to the adoption of the aforementioned dog and there are no representations, promises, warranties, covenants, or undertakings other than those expressly set forth herein. 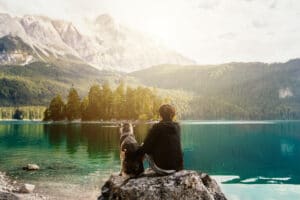 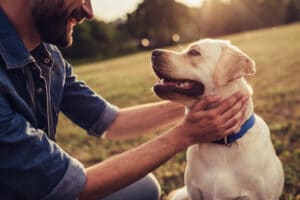